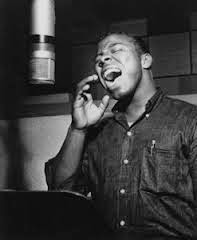 It has taken me a wee while to get round to posting the great Garnet Mimms on SSS.
Born Garrett Mimms in 1933 in Ashland , West Virginia he is thankfully still with us.
He grew up in Philadelphia but had a strong gospel background which would subsequently influence his Deep Soul recordings.
Cry Baby recorded in 1963 with his band The Enchanters is his most famous song topping the R&B charts and even reaching no 4 in the Pop Chart.
It was written and produced  by Bert Berns and his song writing partner Jerry Ragovoy and was subsequently recorded by Janis Joplin.
Jerry Ragovoy also produces and co-writes with Mort Shuman 1966's My Baby
Two tremendous gospel based songs with fantastic arrangements and orchestration.
I'm not sure why it took me so long to post them