Bless my Cotton Socks I'm in the News 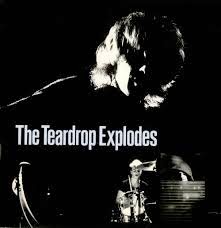 The lyrics to Reward by The Teardrop Explodes have been floating round my head for the last few days. This can only mean one thing - they are due a posting
From 1981 and reaching number 6 in the charts the line up consisted of Julian Cope, David Balfe, Gary Dwyer and Alan Gill with Terry Bailey on trumpets.
As an added bonus you are getting Sleeping Gas their debut single similar line up but with Michael Finkler on guitar as opposed to Alan Gill and Hurricane Smith and Ray Martinez on trumpets.

The band's name, as you will all be aware, is taken from a caption in the Marvel comic strip Daredevil (Number 77) 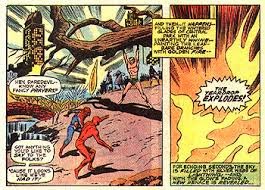 If you have not already done so, and I can't believe you haven't , read Head-On Julian Cope's autobiographical book covering The Teardrop Explodes era 1976 to 1982.
This and  the follow up Repossessed are amongst the finest books on music ever written.

The Teardrop Explodes - Sleeping Gas
Posted by Charity Chic at 08:00