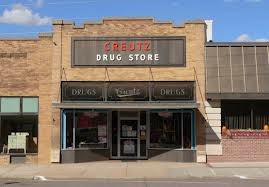 Today's Saturday Lucky Dip tracks are taken from  an Uncut - March 2001 compilation.
I have selected two bands that I have never heard off and about whom I had no information until I did some less than intensive research.

Drugstore apparently are a London based alternative and dream pop band (whatever that may mean) and are led by Brazilian singer songwriter and bassist Isobel Monteiro who no doubt with be glued to the telly, albeit somewhat apprehensively for tonight's meaningless 3rd and 4th place play-off game.
The song is a lovely number called Navegrado from their 2001 album on Global Warming Songs for the  Jetset

Spooky Tooth are from a generation before as an English rock band most active between 1967 and 1974 with various re-inactments since.
Famous for their twin keyboard approach of piano and organ Society's Child is taken from an Island Anthology That Was Only Yesterday : An Introduction to Spooky Tooth.