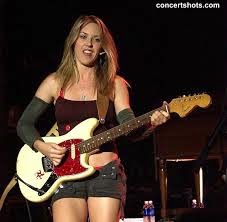 Today's random offerings are from Uncut's Unconditionally Guaranteed 3 from April 1999.

First up is American singer/songwriter and guitarist Liz Phair with Big Tall Man from her 1998 album on Matador Whitechocolatespaceegg a title which trips lightly off the tongue.
I have only vaguely heard of her despite the fact that she has sold nearly 3 million albums worldwide and that her debut album the more sensibly named Exile in Guyville was ranked by Rolling Stone as one of the 500 Greatest Albums of All Time

I am seriously considering renaming this slot Steve Winwood Saturday as he makes his second appearance in three weeks  this time as as a member of Traffic with the great Dear Mr Fantasy.
Worry not, I have not felt the urge to post any of his solo stuff .... just yet.