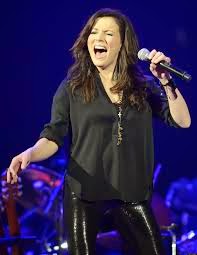 I saw Mary McBride and Steve Wynn and the Miracle 3 play a free show one sunny Saturday afternoon in the Continental Club in Austin and it was without doubt one of the best gigs I've ever witnessed.
She is a sort of missing link between Joan Jett and Lucinda Williams - a rock chick with tinges of country.
These two tracks are from her first album 2002's Everything Seemed Alright. I also have By Any Other Name from 2004

Her website advises that she has another two albums.If they are as good as her first two they are worth tracking down.
Her website would also suggest that she is busy constantly touring the world having just finished a tour of Azerbaijan, Russia and Algeria (as you do).
She is also the founder of The Home Tour bringing music to the homes of people who otherwise would not have access to life music eg prisons, homeless units, orphanages and hospitals, etc.
So an all round good egg as well as a great singer.

Mary McBride - Rev it Up

Mary McBride - That Was Then, This is Now
s as “extrao
Posted by Charity Chic at 09:00