The Theme to Happy Valley 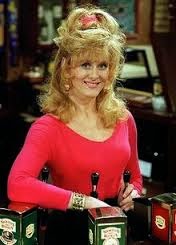 There is a new BBC drama out at the moment on Tuesdays called Happy Valley starring the great Sarah Lancashire who started her acting career as Rachel the dotty barmaid in Coronation Street
The theme tune to the series is Trouble Town by Jake Edwin Charles Kennedy better known as Jake Bug with an extra g.
Which seems a perfect excuse to give this an airing.
Now the boy wonder that is Master Bug with an extra g is a mere twenty years of age and is quite possibly the youngest person to have appeared on CCM.
He was born in 1994 when many of the readers of this were already out there trying to earn an honest crust.
His debut album from which these songs are from was released when he was 18.Scary.
I expect that the blog police may well be all over this post like a rash so catch them while you can.