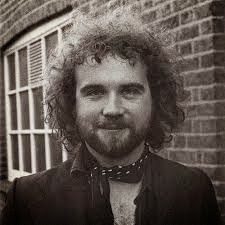 Although born in New Malden in Surrey Iain David McGeachy spent the majority of his childhood residing at 10 Tantallon Road, Shawlands Glasgow just a mile of so from CCM HQ.
So what I hear you cry -he was better known as John Martyn - that's so what.
I must take a wander down to see if there is a blue plaque in his honour..
John Martyn was an extremely gifted folk, jazz and rock musician.
However he also had a number of faults- he dabbled in drugs, drank far too much which contributed to having his right leg amputated below the knee and he was friendly with Phil Collins.
He did however leave an impressive canon of music in particular Solid Air (1973), One World (1977) and Grace and Danger (1980).
These two tracks are taken from One World- I have the CD somewhere currently buried under a heap of others in the kitchen.
So instead I have taken them from a Primo Collection Anthology purchased in my local charity shop last weekend.
Quality