Andy James Drives a Bus For The Lonely 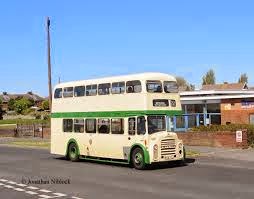 27 Leggies recent On The Buses post put me in mind of Happy Busman by The Frank and Walters a track I have been meaning to post for ages.
Taken from their 1992 album Trains, Boats and Planes (strangely no mention of buses)
You are also getting Trainspotters not to be confused with anything by Irvine Welsh.
From Cork the band are apparently named after two famous Cork characters.
After this album there were no more until 1997 then 3 in 3 years prior to a gap until 2006 and then 2012 -so 6 albums somewhat sporadically over a 20 year period - strange.
Until, I posted this I was blissfully unaware that these songs were produced by Edwyn Collins


The Frank and Walters - Happy Busman

The Frank and Walters -Trainspotters
Posted by Charity Chic at 08:00