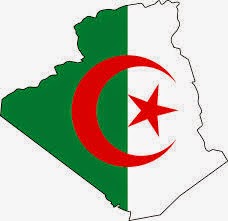 I've just realised that over half the songs posted during the last week have featured Scottish artists.
This was not intentional and lest I be accused of being somewhat parochial it it time to widen the net somewhat - as far as Algeria in fact.
Two great songs and indeed great artists from The Essential African Album courtesy of Songlines the World Music magazine.
Rachid Taha is probably best known to British audiences at least for Rock el Casbah his cover of the Clash classic,
However, you are getting Ya Rayah the song that put him on the map and which according to Songlines "casts a spell instantly with its seductive oriental strings and Arab percussion"
Rachid is followed by Souad Massi with Ya Kelbi " an introspective lover's lament whose gorgeous Arabic melody traces arabesques underpinned by a romantic cello"
Quality.