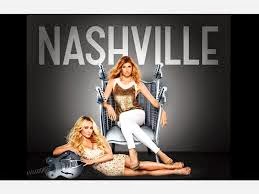 I've just returned from holiday with the usual charity shop smorgasbord of CDs and vinyl -some good, some not so good - which I will subject you to over the next month or so. So, don't say you haven't been warned.
We kick off with two Nashville tracks from Leith's finest The Proclaimers tucked away as tracks 2 and 3 of the CD2 single of  Let's Get Married.
A quite superb cover of John Hartford's Gentle on my Mind followed by Jimmy Rogers Waiting For a Train.
You should have worked out by now that the picture above is not actually off the Proclaimers but rather the stars of the TV series Nashville.
Mrs CC could tell you their names but it is a series that has pretty much passed me by.
If the music was as good as this on the other hand ...........

The Proclaimers -Gentle on my Mind

The Proclaimers - Waiting For a Train
Posted by Charity Chic at 08:00