We Are All Jacques Chirac's Bairns 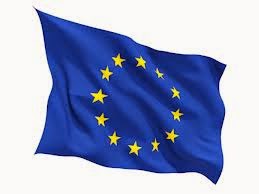 Today Britain goes to the polls to vote on representatives to the European Parliament.
Sadly and worryingly a number of candidates from the odious xenophobic and racist UKIP will be elected.
I would like to re-assure my European friends that their views are not the views of the majority of British folk who find them absolutely repugnant.
However, we also have a Prime Minister who if he is re-elected (God forbid) has vowed to have an in-out referendum on membership of the EU.
Meanwhile, Scotland desperately wishes to remain a member if we become a separate country following the referendum on 18th September 2014. Reassuringly UKIP have no place on the Scottish political landscape.

If you vote UKIP, or know someone who does, this first song is for you

The Special AKA - Racist Friend

The Clash - Safe European Home
Posted by Charity Chic at 08:00