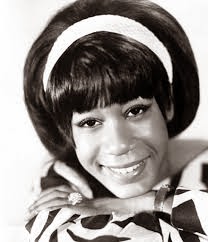 Is Bettye LaVette .who was born in Michigan, Southern or Northern Soul, or just Soul, and does it make a difference?
I'm not really sure. All I know is that she is excellent and that she is featuring  in the SSS series  due to her links with the  Atlantic and Atco labels and her connections with the music coming out of Memphis and Muscle Shoals in the late 60's/early 70's
Plus her picture is on the cover of Southern Soul Showcase - proof if  proof were needed!

She released the first song He Made a Woman out of Me at least twice in 1969 and 1970 and it is probably her best known song.
Somehow I don't think that the Joe Henry mentioned in the song is the record producer of that name responsible for her great 2005 masterpiece I've Got My On Hell to Raise previously featured here but you never know.
The second song is from 1969 and features on the great Trikon compilation Dirty Laundry -The Soul of a Black Country.
I'm happy to say that she is still going strong and that she continues to deliver music of a high standard similar to those tracks featured today.
Quality.

Bettye LaVette - He Made a Woman Out of Me

Bettye LaVette - What Condition my Condition is in
Posted by Charity Chic at 08:00