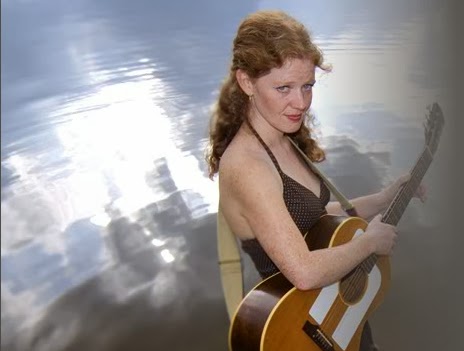 I know next to nothing about Eliza Lynn except that her 2009 album Haven is very good.
A pot luck purchase by Mrs CC and an excellent one at that.
According to Harp magazine she "sings with a big, room-filling voice [and] wields her guitar and banjo against a sensual, sassy backdrop of jazz-flavored blues, old-time country folk and soul" which let's face it is no bad thing.
She would appear to have had two previous albums Frisky or Fair from 2006 and Weary Wake Up from 2007.
I can't find any references to her stuff after 2009 which is a shame.

I suspect that she is one of those many artists who although good just didn't get that lucky break.Alternatively it could be because she is hard to pin down to one particular genre e.g. blues or country.

No relation to Loretta Lynn to my knowledge.

Eliza Lynn - Rush of the Fall

Eliza Lynn - Pulling of Tides
Posted by Charity Chic at 08:00