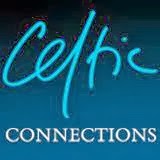 Mrs CC and I made it to three shows this year at  Celtic Connections all involving fairly established artists.
There are many more I would have liked to have seen but time, compromise and finance limited it to three.

First up was Beth Neilsen Chapman at the City Halls.
Now she is an excellent songwriter, a good singer and musician and was full of energy and enthusiasm.
However I'm afraid she just didn't do it for me -perhaps a wee bitty too mainstream for my taste.
There was a young Northern Irish girl in her band Ruth Trimble who sang one of her own songs and is worth checking out.
The support act was Tom Hickox a pianist and singer in a Nick Cave/Scott Walker stylee. Mrs CC liked him; I didn't.

Second up and the best by far was Irish accordion maestro Sharon Shannon at the Mitchell Theatre who I was seeing for the second time, 20 years after I first saw her at King Tuts. She was absolutely tremendous and a 10 minute jam of The Galway Girl will remain long in the memory.
Support was by violinist Alasdair Fraser and cellist Natalie Hass both very capable musicians.

Finally it was the turn of Gretchen Peters again at the Mitchell. She was also very good. I had seen her at King Tuts back in 1997 and it was good to see her again.
Support was from budding Americana artist Anthony D'Amato who was easily the pick off the support acts.He has an album coming out shortly on New West which should be worth tracking down.

Gretchen Peters - On a Bus to St. Cloud
Posted by Charity Chic at 08:00