If You See Me Walkin' Down the Street 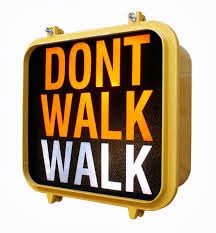 You will all be familiar with the Burt Bacharach and Hal David classic Walk On By originally recorded by the great Dionne Warwick.
Well you're not getting that! Instead you are getting two alternative versions which are equally magnificent in their own particular ways.
First up is the mighty Issac Hayes from 1969 with the first (of four tracks) from Hot Buttered Soul. It weighs in at 12 minutes and 4 seconds a mere bagatelle when compared to the 18 minute 40 second version of By The Time I Get to Phoenix recently featured on Walter's brilliant A Few Good Times in My Life.
Follow that I hear you say - well I'll give it a go.
From 1978 here is the version where the Stranglers get their organs out resulting in this peaking at number 21 in the UK singles chart

Isaac Hayes - Walk On By

The Stranglers - Walk On By
Posted by Charity Chic at 08:00