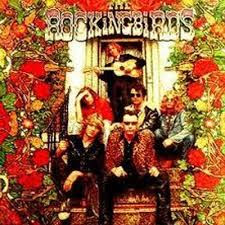 There was an interesting article by Teddy Jamieson in Saturday's Herald Magazine on 30 years of Heavenly Records. The article is on the back of the release of a book by Robin Turner called Believe in Magic:Heavenly Recordings The First 30 Years.

Jamieson picks our a personal 6 of the best. Along with the likes of Saint Etienne, Dot Allison and the Manics he selects Gradually Learning a song by The Rockingbirds from 1992

I have the 12 inch of this record and  featured it in the early days of CCM. I was not aware that it was on Heavenly.

This led me to giving the self-titled  album  a long overdue listen and thoroughly enjoyed it. The last few bars of Jonathan Jonathan should give a clue as to who it is about