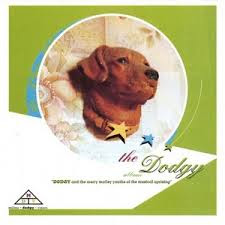 I'll get in before anyone else. What do you mean THE Dodgy album.Surely half the albums in your collection are dodgy.

Right, now that's out of the way let's proceed. From 1993 on A&M  this was the debut album by lower league Britpop band Dodgy. Subtitled Dodgy and the merry motley youths of the musical uprising.

This is the first I have of them other than the occasional track on Britpop compilations.They are probably best know for the song Staying Out for the Summer. It's not on this album but I've dug it out anyway. cos that's  the kind of guy I am

One that I think will impress Mr Medd

Dodgy - Stand By Yourself

Dodgy - Staying Out for the Summer