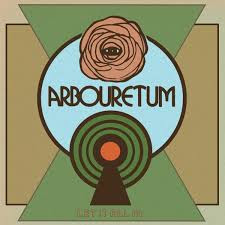 This time round it is a list of albums that I have -ahem * aquired* These are ten I would have/may have purchased had finances allowed.

Arbouretum - Let It All In (Thrill Jockey) - An eclectic mix of folk, blues, Americana and 70’s psychedelia from the Baltimore band

Bob Dylan - Rogh and Rowdy Ways (Columbia) - his 39th studio album and his first since 2012. One I'll definitely get round to buying

Eileen Rose - Muscle Shoals (Continantal Song City)  -I've picked up a couple of her Americana albums in charity shops and they are ok. This one steps up a gear and as her website says is her most accomplished record to date

Kris Drever - Where the World is Thin(Reveal). I've all the previous albums by Orkney folk artist Kris Drever. I wasn't sure at first but a definite grower with Scapa Flow 1919 and Westlin' Winds the stand out tracks

Various Artists - Strum & Thrum:The American Jangle Underground 1983-1987(Captured Tracks) The inaugural release in a new Captured Tracks compilation series surveys a generation of college-rock bands that drew sustenance from the chiming guitars of R.E.M. and the Byrds.(Pitchfork)Would definitely have been purchased had I not been late to the party.Not a duff track on it.

Waxahatchee - St Cloud (Merge). Her 5th album and the most Americana to date which of course is no bad thing The Robster's record of the year. High praise indeed

Arbouretum - A Prism in Reverse