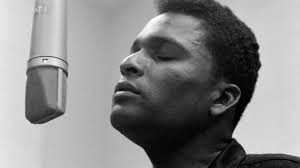 2020 continues to go from bad to worse as Covid-19 takes another musical legend.Sadly Charley Pride has passed on at the age of 86

Charley Pride was a professional baseball player but more importantly he was the first African -American artist to become a Country superstar. Initally when his records were submitted to radio stations there was a deliberate omission of photographs. In 1966 at his first large show few of the 10,000 country fans who came to the show knew Pride was black, and only discovered the fact when he walked onto the stage, at which point the applause trickled off to silence. "I knew I'd have to get it over with sooner or later," Pride later remembered. "I told the audience: 'Friends, I realize it's a little unique, me coming out here—with a permanent suntan—to sing country and western to you. But that's the way it is. (Wiki)

One of the albums of his that I have is called The Incomparable Charley Pride. Ain't that the truth.

Charley Pride - Was It Worth Losing You