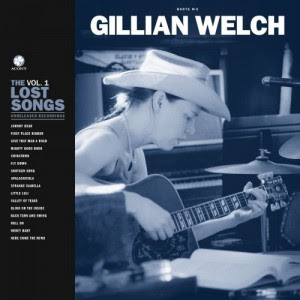 One of the few positive things about lockdown is that some artists who were hitherto not very prolific have been more productive when it comes to releasing music. Whether this is because they have more time on their hands or whether they are trying to generate some much needed income I'm not sure.Probably a bit of both.

One artist who particularly stands out is Gillian Welch. She had only released five albums from 1996 to 2019 . This year has seen her releasing four new records. Firstly there was All the Good Times attributed to Gillian and her partner Dave Rawlings a collection of acousic covers recorded at home on a reel to reel tape recorder.

This was swiftly followed by  Boots No 2 :The Lost Songs a further 48 archived songs from the vaults released over 3 volumes. 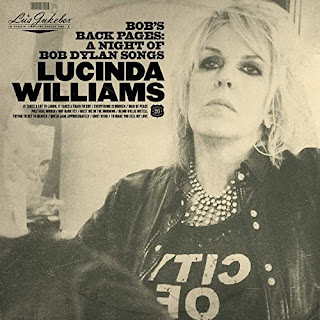 Whereas Lucinda Williams has released an album every couple of years since the turn of the century her releases in the 80's and 90's were rarer than hen's teeth.

She has excelled herself in 2020. In addition to her album Good Souls Better Angels she has undertaken a new adventure Lu's Jukebox a 6 episode series of themed songs with an occassional Lu-rarity or new song.

To date 4 have crossed my radar:

Bob's Back Pages: A Night of Bob Dylan Songs

Funny How Time Slip's Away: A Night of 60's Country Classics

Runnin' Down a Dream: A Tribute to Tom Petty