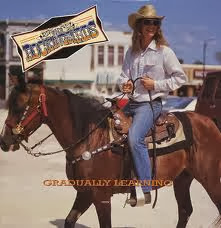 Thursday night is once again British Americana Night on Charity Chic Music!
A recent post on the New Vinyl Villain featured Jonathan, Jonathan the Rockingbirds tribute to the one and only Mr Richman.
This led to me digging out my 12 inch single of Gradually Learning.
First time I've listened to it for ages and very good it is too.
And as an added bonus a postcard of the cover which I didn't know I had popped out of the sleeve.
From 1992 it pretty much outdates any other British band of this genre.
Their lead singer Alan Tyler pops up on the previously featured Divided by A Common Language on Clubhouse Records from 2010 which no discerning record collection should be without

The Rockingbirds - Gradually Learning
Posted by Charity Chic at 08:00