Bloodshot Tuesday is gradually petering out. I could extend it by playing tracks from other albums by those previously featured or tracks from the various Bloodshot compilations I have but you can probably get too much of a good thing.
It can always be revisited further down the line or I can sneak some tracks in elsewhere.
We will however meander along for another couple of weeks longer.
Dean Schlabowske features today for the second week running .Last week he was a Waco Brother, here he features with his own band Dollar Store from their eponymous debut album from 2003 (BS098). 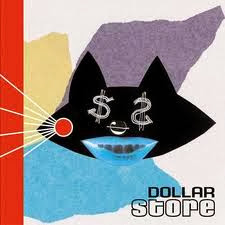 He is joined by Joe Camarillo on drums and Alan Doughty on bass with guest appearances by Celine, Tex Schmidt, the mighty Jon Rauhouse and the even mightier Dave Alvin
Followed up with Money Music in 2007.
These days he plays as Deano and the Purvs- along with members of the previously featured Meat Purveyors.

Dollar Store -Around The Bend