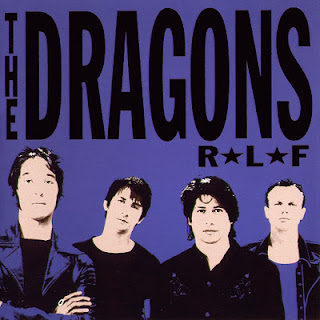 It's all been a bit mellow on CCM recently
So time for some California punk from the Dragons  and according to the CD "this disc is meant to be played at full volume."
From 1999 on Junk Records R*L*F is apparently an abbreviation of Rock Like Feck or something similar.
Bought on the strength of vocalist and guitarist Mario Escovedo being the kid brother of Alejandro and seeing the Dragons support him at the Continental Club in Austin in the days when I could afford such things

The Dragons - Sleep When I'm Dead
Posted by Charity Chic at 08:00