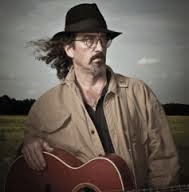 James McMurtry is one of those song writers who catalogues the trials and tribulations of the dispossessed and those who live on the margins of society.
He was a late  developer having had varied life experiences prior to his debut album in 1989 Too Long in the Wasteland from which the first track is taken.
His father was the  novelist Larry McMurtry, so writing is obviously in the blood.
He currently resides in Austin but as you can see from his homepage he is no fan of the Bush dynasty of Republican Texas Governors and subsequent Presidents. There you can obtain a free download of his song We Can Make it Here - although if you download it that will make you an enemy of the State(s)!
As a wee bonus I have included fellow bearded and hairy Austin resident Ray Wylie Hubbard's version of McMurtry's phenomenal  Choctaw Bingo.
Enjoy