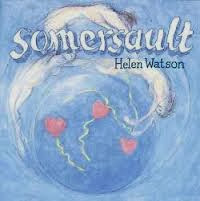 Helen Watson is an English singer- songwriter who has produced 3 great records on Fledg'ling Records a specialised folk label based in the UK.
Starting with Somersault in 1997 , she followed this with Doffing in 1999 and Lifesize in 2002.
Her music is a blend of folk, blues, jazz and soul combing her own stuff and covers (particularly on Doffing)
On Somersault she produces the best version of Dan Penn and Spooner Oldham's Out of Left Field which I have ever heard, although I suspect that Drew may well take issue with this sentiment!
Her version of I'm Your Puppet on Doffing of I'm Your Puppet is not too shabby either.
Check her out.

Helen Watson - Out of Left Field

Helen Watson - I'm Your Puppet
Posted by Charity Chic at 08:00