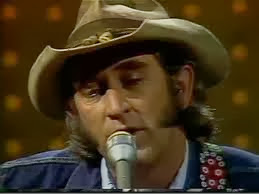 My brother-in-law George (no not that one of Jim McLean's Rabbit fame) cooked a fantastic Christmas meal for the family.
He tunes in to CCM but was bemoaning the lack of out and out country songs featured recently.
He mentioned that he had recently heard a busker doing " I Recall a Gypsy Woman". Whilst he said it wasn't that good he also mentioned that it took him back to his youth when his folks played that sort of thing.
So this is for him.
And also, as a wee bonus, a classic from the Charlie Daniels Band.

Charlie Daniels Band - The Devil Went Down to Georgia