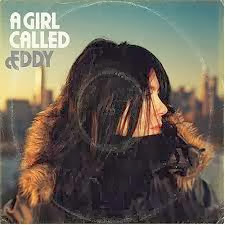 New Jersey native Erin Morin relocated to  England and came up with an album A Girl Called Eddy on Anti Records  in 2004.
It was produced by Richard Hawley who plays the majority of the instruments on the album.
One album in 2004 and to my knowledge nothing since which is a shame as it is rather pleasant.
There are some startling similarities on  Rumer's Seasons of My Soul  released in 2010 both in terms of voice and style,although Rumer is perhaps slightly more one-dimensional.
Purchased by Mrs CC in St Andrews.
It has the potential to feature on Drew's splendid Mellow Sunday series I feel..
The record marks on the cover are intentional just in case you hadn't guessed!

A Girl Called Eddy - Tears All Over Town

A Girl Called Eddy - Golden
Posted by Charity Chic at 08:00