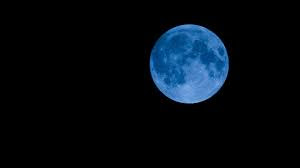 Rol featured the Cowboy Junkies  at the weekend in an excellent cryptic clue as part of his brilliant Saturday Snapshots series.

This lead to me pulling their masterpiece The Trinity Sessions from the shelves. The track Blue Moon Revisted (Song for Elvis) had me thinking of  the versions of that song that I have.

I don't go as far back as 1934 when the original was written by Rogers and Hart. It was originally a hit in 1949 for both Billy Eskstine and Mel Tormé

The oldest version I've got is probably the one by Billie Holiday from 1952.

As the Cowboy Junkies alluded to it was subsequently covered by Elvis Presley.There are two versions on Sunrise the 1999 album featuring his Sun recordings from 1953 to 1955 .As I'm a generous person I'm giving you both.

There are many more versions out there including three by The Marcels, Bobby Vinton and Sam Cooke in the film An American Werewolf in London. I don't have those