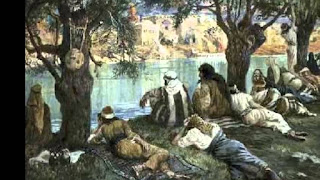 
By the rivers of Babylon, there we sat down, also we wept at our remembrance of Zion.


So here’s the rules: the song itself must be hugely famous, certainly in the UK, but the cover version need not be famous at all. The cover version must belong to one of two genres, country or soul, and these are my definitions of those genres, so country can be americana, and soul can include disco, for example.  Also, the cover version cannot be the same genre as the famous version, so you will not be getting a famous song from the King of Soul subsequently made even more famous by the Queen of Soul. Finally, the cover version must be good. That’s good according to me. So there will be no deliberately terrible covers, although one or two readers, if I ever get that many above and beyond myself and Charity Chic himself, might not for some inexplicable reason like what I post.


And this is not all my own idea, it came to me thanks to the rather ridiculous country cover of a very very very famous song posted by Ernie Goggins at my favourite second favourite blog 27Leggies. Ernie said that there were a whole host of country-music versions of songs of  The Beatles. He’s not wrong there.


“O daughter of Babylon, who art to be destroyed; happy shall he be, that repays thee as thou hast served us.”

Today’s song is not a Beatles song. It was, though, exceptionally famous in 1978 Britain, “performed” by a sensational pop outfit who sold over one hundred millions records, who were, I suspect, loathed (musically not personally) by millions of youth and hipsters. It was, though, purchased in its millions, just over two million sold in the UK alone. Probably a wee while later an earlier version of this song was broadcast, this time actually performed by the group whose name appears on the record, and some of the aforementioned youth and hipsters suddenly declared that they had liked the original all along. I was not one of these youth (I was never hip, of course). 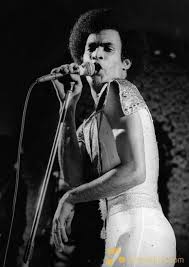 It was only on hearing today’s cover version that I realised that this is indeed a wonderful and moving song. I’m still not a huge fan of Boney M’s version - maybe it’s that lingering sneer at them from an early age, at their cheesiness, maybe it’s those steel drums (man alive do I not like that sound) - or that by The Melodians.

But Steve Earle delivers a heartfelt, stripped-down version on his comeback-from-oblivion album Train a’coming, which is easily my favourite of his albums. There’s something in Mr Earle’s  delivery that really makes me feel that he was one of those exiled from his homeland, wondering how shall we sing the Lord's song in a strange land.

Some might say that this is not a country record, but remember it’s MY definition of country ie includes americana, so it counts. And it’s my blog!


You’re welcome! And yes, that is Brasilian Portuguese. Singer Milton Donazeti has his own YouTube channel.


And I absolutely take back my sneering, this is a brilliant pop song, well-produced, well sung, and just look at Bobby Farrell’s one-armed chicken dance (the two-armed version has been perfected by Charity Chic himself, (Lies - Ed) I can personally attest to that). But I’m still not a fan of steel drums…..


Another cover version next week.