The Morning After The Day Before 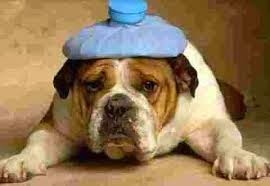 By the time you read this we will know who has won the Scottish referendum.
As I type on Thursday evening the polls are still open so I don't know yet who has won and this is intentional

Whatever the result it will have been close and here I would like to quote our esteemed colleague The Vinyl Villian
I’m going to accept the outcome and live with it. If I ‘pick’ the winning side I will not gloat, and if I end up on the wrong end of the result then I will be sad but not to the point of despair.

We live in a democracy and as such should respect the democratic choice of the people particularly in this instance given the phenomenal turnout.

Approximately 50% of the population are going to be somewhat  disappointed and disillusioned. But we require to live and work together whatever the outcome.
Some family members and close friends have voted a different way from me. I don't imagine that this will be a significant issue for me and them but I realise that in some quarters bridges will have to be built  and friendships hopefully renewed.

This goes for our friends and  neighbours South of the border as to the vast majority of us it has never been an anti England issue. Hopefully the reception that English medal winners got at the recent Glasgow Commonwealth Games  goes some way to demonstrating this.

From now on in it's back to the music

Dick Gaughan - Both Sides The Tweed