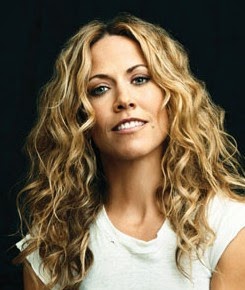 There are about half a dozen Sheryl Crow albums gracing the CCM shelves.
Her earlier albums are commonplace in charity shops.
However, I think Detours her 6th studio album from 1998 was actually purchased by Mrs CC rather than acquired via a charity shop.
On this album the former beau of Lance Armstrong comes across as completely bonkers but in a good way.
It was no surprise to learn that she practices transcendental meditation.
All very far removed from Tuesday Night Music Club


Sheryl Crow - Peace Be Upon Us