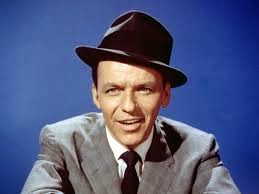 Today's lucky dip comes from Uncut's 17 track guide to the Month's Best Music from September 2001 and features three great singer songwriting storytellers two from the Lone Star State and one from the Kingdom of Fife.
First up is the great Tom Russell bemoaning the fact that the world went to Hell When Sinatra Played Jaurez .Taken from his  2001 album Borderland.
Fellow Texan legend Delbert McClinton with  the fabulous When Rita Leaves from his album Nothing Personal is up next
Finally we are off to the Kingdom of Fife where the late great Jackie Leven ponders on The Sexual Loneliness of Jesus Christ from Creatures of Light and Darkness on Cooking Vinyl
Rebus author Ian Rankin was a great fan and friend and they collaborated on Jackie Leven Said a story with musical interludes and songs.
Sadly missed but thankfully Tom and Delbert are still very much still with us

Jackie Leven - The Sexual Loneliness of Jesus Christ
Posted by Charity Chic at 08:00