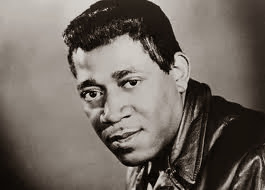 There are those out there who think that James Carr is possibly the greatest Soul singer of all time. I would go as far as probably or, if provoked, definitely.
What is not in dispute is that he recorded the definitive version of Dan Penn and Chip Newman's Dark End of the Street.
I've got a CD with 19 versions of this I downloaded from somewhere a couple of years ago including Frank Black, the Afghan Whigs and Richard and Linda Thompson.All interesting but not in James' league.
His version of OB McClinton's Forgetting You IS ,in my opinion, the best Soul song of all time.
Sadly James suffered badly from  mental health problems.
In his autobiography Andy Kershaw tells a sad tale of whilst in Memphis looking up James in the telephone book on a whim and going to visit him only to find him a shadow of his former self.

James Carr -The Dark End of the Street