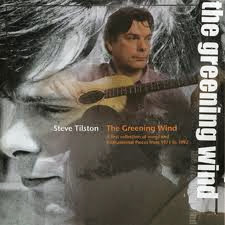 I blame Andy Kershaw personally.
After years of purposefully avoiding folk music he gradually reeled (see what I did there? ) me in by playing the likes of Martin Simpson, Martin Carthy , Richard & Linda Thompson and Steve Tilston.
From then it was on to Proper records and the rest is history.
There are still some songs I struggle with but they pale into insignificance when compered with such magnificence  as The Split Jigs and Reels which has also been covered by Fairport Convention
Take a bow Mr Tilston.

Steve Tilston - The Split Jigs and Reels
Posted by Charity Chic at 08:00