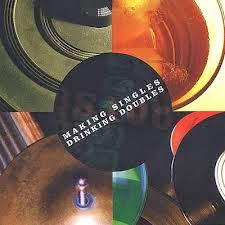 A splendid compilation of 18 songs with many of the artists who have previously graced Bloodshot Tuesday featuring.
A band who have not featured yet are The Meat Purveyors and here you are getting three for the price of one with their Madonna Trilogy (BS046) a 1999 single with a limited edition of 500
Hailing from Austin Texas, the Meat Purveyors consisted of Jo Watson- Vocals, Charilyn diMond -upright bass and vocals, Bill Anderson - guitar and vocals and Pete Stiles - mandolin.

The Meat Purveyors - The Madonna Trilogy