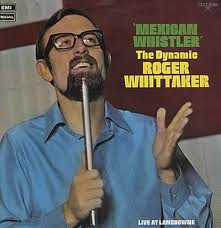 as both Frank Sinatra and Sid Vicious sang although thankfully not together.

Here is  the final installment of Mexican Monday - a song suggested by George which started off the series (he's to blame!) It may well be an anti-climax to many!


Confession time - I purchased a CD with this on for 99p with the sole intention of featuring this track in this series.
I haven't played the CD in it's entirety and I suspect I never will.

It's been fun over the last 12 weeks  (and thanks for the nice comments) and for those who like lists (and who doesn't?) here are the artists who have featured:

Plus an honorary mention for Jim Reeves whose Mexican Joe was featured prior to this series.

Time to think of another series .....