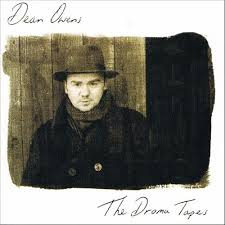 Don't panic - this is a single post as opposed to a series!
The only song I have about New Mexico, to my knowledge, is from Dean Owens on his 2001 record The Droma Tapes which I won a signed copy of in a Radio Scotland competition.

Prior to going solo Deano was the lead singer of the Felsons  an Edinburgh band who had a 1996 album One Step Ahead of the Posse, a 1997 mini-album Lasso the Moon and a 1999 album Glad
I saw them live on numerous occasions often as a support act at King Tuts.
Like Whiteout how they never made the break is a mystery to me.
The same applies to Dean's solo career,
The Droma Tapes recorded in a cottage on Loch Droma in the Scottish Highlands was his debut solo album followed by  by My Town, Whisky Hearts, Cash Back -Songs I learnt from Johnny and New York Hummingbird.
Some splendid Scottish Americana if that makes sense.
If you haven't heard or seen him it is well worth making the effort.
A top bloke.
Altogether now  - Deano!