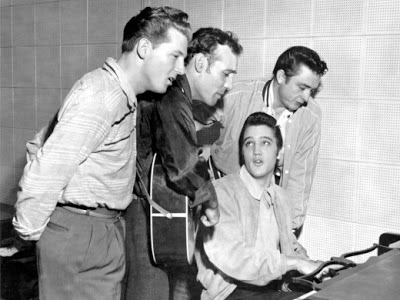 The missing link and the boy on piano is a certain Elvis Aaron Presley.
My extensive research tells me  that he went on to have a moderately successful career and that he was partial to the occasional cheeseburger

The Million Dollar Quartet - Just a Little Talk with Jesus
Posted by Charity Chic at 18:21