Golden Sings That Have Been Sung 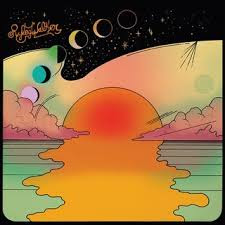 Riley Walker is a name that pops up from time to time in our little corner of the blogosphere. I think that Ramone has definately featured him and probably one of two others.

I thought that I would pick up the CD of Golden Sings That Have Been Sung from 2016 on Dead Oceans to see what all the fuss is about.

I'm still not entierly sure although I suspect that it  is one that will benefit from a few listens and will almost certainly be a grower.Described as psychedelic rock or folk rock it is his third album. He seems to be pretty prolific given that he has released around ten albums since 2014.

To me there are some obvious comparisons to Jonathan Wilson and the stuff that Ripley Johnson is doing with the Rose City Band which I really like.

Maybe that's just The Halfwit in Me

Ryley Walker -The Halfwit in Me

Ryley Walker - I Will Ask You Twice