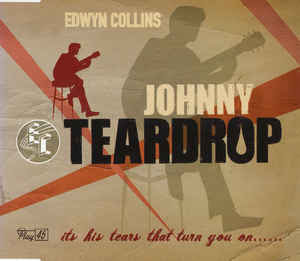 The i-pod is limping along and I have been playing in in the car on the commute. Normally I stick to the playlists but they are still not working properly.
So I'm listening to whatever pops up with the occassional fast forward. It is good to hear stuff you haven't heard for ages and also stuff you haven't heard at all. I can be guilty of downloading stuff to play at a later date and often not getting round to it.

One such thing which popped up was Johnny Teardrop a single by Edwyn Collins from his 2002 album Doctor Syntax which I don't recall having heard before.I've most of  Edwyn's earlier albums and a couple of his more recent ones but Doctor Syntax is not one from the great man that I am familiar with.

I suspect that I downloaded this from a fellow blogger, JC perhaps?. Whoever it was, thank you.

Edwyn Collins - The Popstar
Posted by Charity Chic at 08:00