50 Americana Albums You Should Hear Before You Die - Grievous Angel 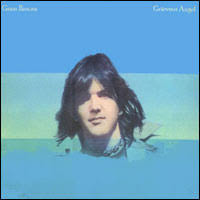 If for some strange reason you only had room for one Americana album in your life you could do much worse than picking up the CD that contains both GP and Grievous Angel the only two solo albums by Gram Parsons.
Albums like these are the reason that this genre and series exist.
I thought of featuring that CD but that would not have been in the spirit of the rules which state one album per act.
I've gone for Grievous Angel his second solo album from January 1974 (released posthumously after his death in September 1973 at the age of 26  following a drug and alcohol overdose)
He didn't record that much during his short lifetime but boy what a legacy he left.

This is his second appearance here after featuring with The Byrds. Who knows he may well feature again.
The album is only 36:14 long consisting of 9 tracks all of which are pretty much essential. Described by the man himself as Cosmic American Music.
There are conflicting reports as to whether he was totally out of it on heroin during the recording of the album or whether he was just about functioning with support from Emmylou Harris.
Whatever, it is a work of genius.

Another genius next week.

This is the 10th album in this series. For some strange reason George requested that I post a list after every ten. Sorry George but I can't be bothered. That's what the search facility is for
Posted by Charity Chic at 08:00