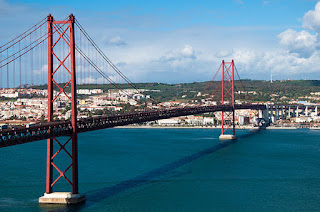 To define a song as very very very famous is somewhat arbitrary. There will be a dearth of such songs from ca. 1990 onwards because I’m not sure what songs would fit that category. And I suspect I would hard-pushed to have any cover versions of such songs anyway, let alone soul or country, and I am also very confident that even if I could source such things I wouldn’t like them. So, like the preceding songs so far it’ll be songs from the 1960s and 1970s on the whole, and one of the judges of what constitutes very very very famous is my partner. OK, one of two judges. See the lengths I go to in my sampling methods? Lazier than a year 11 boy (oh what sexist comment).

Today’s song is of course famous. And it is a splendid pop song. And Aretha Franklin, if not betters it, gives us a really great cover. And that minute and a half intro is tremendous:
Aretha Franklin - Bridge over troubled water

And of course there’s a version of “O ponte sobre águas turbulentas” (the translation actually scans) in Portuguese. Take it away Cris:

That’s not the only Portuguese language version, but it’s the best. If you don’t believe me, here’s Guilherme: