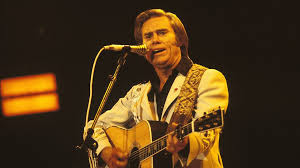 George Jones is one of the artists in this series who also featured last time round
However it has to be said that the recently acquired 15 Golden Classics Vol 1 is not a patch on the previously featured Poor Man's Riches.
It  also could perhaps be argued that the title is somewhat of a misnomer.
It seems to me that George is going through the motions somewhat but let's face it even when he is going through the motions he is head and shoulders above most other Country singers.

I'm not entirely sure whether this one is a keeper.

George Jones - On the Banks of the Ponchertrain
Posted by Charity Chic at 08:00