The St Andrew Vinyl Extravaganza #6 and #7 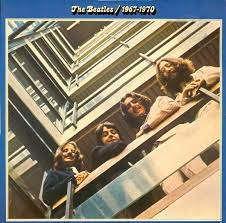 Two for the price of one today as we feature the last two albums from the haul picked up in the British Heart Foundation shop in St Andrews for a pound a pop.
These two artists have appeared in this series before and given this is the second album from both they are getting a brief mention today for the sake of completeness.

Some of you may be familiar with the first artists a four piece combo from Liverpool called The Beatles. They featured before in this series with the White Album. If I was pushed and had to name my favourite Beatles song it would probably be A Day in the Life which I believe was the final track on Sgt Pepper's Lonely Hearts Club Band.
As the picture above suggests the album purchased, and on which it also features, was The Beatles 1967-1970 which Mrs CC informs me will be accompanying us on our Autumn holiday. 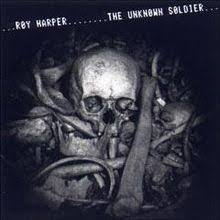 It is highly unlikely that The Unknown Soldier a 1980 album from Roy Harper on the Harvest label will be joining us
My favourite song by him won't be featuring today is it was on his previously featured HQ album.
If I'm honest I was struggling to feature anything from this album and have chosen this song solely on the basis that it also features Kate Bush. Dave Gilmour is on guitar.
Albums like this make you pretty grateful that the Punk revolution was in full swing around then.
As I said posted for the sake of completeness.

The Beatles - A Day in the Life