State of the Union - South Dakota 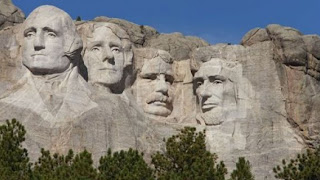 First interesting fact about South Dakota: they can’t pronounce their own state capital properly! It is the city of Pierre. South Dakotans say “peer”.

Kinky Friedman wrote, and performed, a rather nice song called Rapid City, South Dakota. Dwight Yoakam has covered the song on the If There Was A Way album. Kinky manages to garble the state into sounding like South Dakoarter, rhyming it with “the letter that I wrote her”.

Interesting fact number 2. In 1900 a settlement of prairie dogs was found. 400 Million of them. In an area 250 by 100 miles. That means that each beastie  had a square of length 40 feet to itself. In theory, not in practice, they are highly social animals, and live in large colonies. 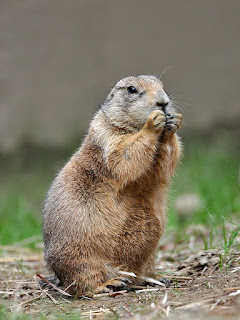 Interesting fact 3: Prairie dogs are not dogs, they are rodents

Famous South Dakotans. Here are 9 of the most famous people from South Dakota according to website OnlyInYourState:

Wikipedia gives a huge list. One of whom is Abby Whiteside, who was a piano teacher. Good grief, that’s not even in close proximity to the barrel to allow you to scrape it.

First song, by Andre Williams. He co-wrote Shake A Tail-Feather. He had a fairly desperate time of it in the 1980s, and maybe living in Chicago helped him to recover somewhat, because in the late 90s Andre WIlliams signed for Americana label Bloodshot, and he made an album with The Sadies. This track is from a splendidly swampy garagey album from 1997 called Silky.

Andre Williams - The only black man in South Dakota

Andre WIlliams has a song called Pass The Biscuits Please. Given his reputation for rather bawdy and sleazy songs, I am wondering if that song title does not really refer to a packet of Digestives, but I will do no further probing in that direction.

And regular readers of this series will know that 20 weeks ago, in the North Dakota piece, I referred to a song from the album Funeral Songs For George Wallace, by Heavy Water, the song being East Grand Forks, which is in South Dakota. Here it is:

Interesting fact number 4. That T. Rex fossil that everyone is familiar with……..found in South Dakota! 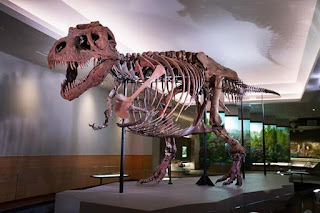 Really interesting fact: all hotel rooms in South Dakota must have two twin beds, kept two feet apart. And it is illegal to have sex in that two foot gap.

And, in Spearfish, South Dakota……….if three or more Native Americans are walking down a street together they are considered a war party…………...and can be shot at

Next week, Mr President, it’s the state of East Dakota,

CC writes:
Bugger - I had Andre Williams lined up.
Also I couldn't find a copy of Black Hills of Dakota by Doris Day
Rapid City, South Dakota is not on the original version of If There Was A Way - I have checked both my vinyl and CD copies.
I did however manage to source it.