State of the Union - New Mexico 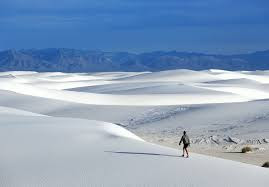 Another week, another show of astounding ignorance. So I am going to investigate if New Mexico is indeed all desert and rock, and has loads of those big cactus things you see in western films…….well, there is very very little water there, only 0.002% surface area is river or lake.That is not very much……..imagine a square, with lengths 1 metre (or 100cm), if that represented New Mexico, all its surface area of water could fit into one tiny square in the corner, of length ca. 0.44cm.

This is a fascinating state. There’s Roswell, of UFO sightings fame, Los Alamos, where the first ever atomic bomb was exploded,  and it’s home to the largest hot air balloon festival in the world. What a place! And it is home to the cities of Albuquerque and Santa Fe so there’s going to be many fine fine songs available……..and I have made a fabulous discovery, a tex-mex/mariachi  singer Darren Cordova, but after scrolling through his albums I could find no relevant songs for today. A purchase, though, was made. 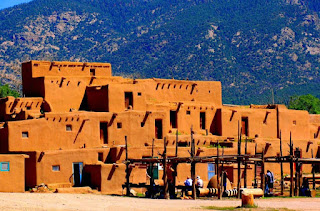 One song that I did not, honestly(!), acquire was “Point me in the direction of Albuquerque” by the Partridge Family. Drivel. As is the song Albuquerque by Sons Of The Desert, faux country drivel. Not looking good for songs about Albuquerque. But a particularly splendid band got together in Albuquerque, that is The Shins. Whose album Wincing The Night Away is a gem and should grace the shelves in your music room.

And so to the obvious song:

Splendid, we are all agreed on that, aren’t we?

And  there is a particularly splendid track called Santa Fé, by the band Beirut. Beirut is the only band, the ONLY band, that I have discovered and liked via my partner. She bought their first album, on a whim, when we were in Berlin. That album resides in her collection, of course.  This track comes from the album The Rip Tide, is rather good, it reminds me of some of the songs of Hiss Golden Messenger.

There’s other faux country songs by Billy Dawson and Bri Brigwell that are too vomit-inducing for you to bother investigating, some mindless pap by Jim Glaser,  and there’s a track called Albuquerque from an album Garbage Songs I found In Old Emails, a very apt title if this particular song is anything to go by.

So no trips to Bandcamp to make purchases this week. But the geography of New Mexico seems well worth a visit: there’s an area of the state that has what looks like steeple-like rock towers with mushrooms on top, there’s White Sands (white from gypsum not some form of quartz or of shells), the Fajada Butte, huge caverns, Taos, a town of adobe houses, so many fantastic-looking and sounding places to visit. 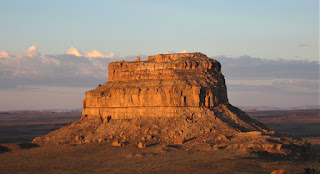 Next week, another state, but probably not as interesting geologically as New Mexico.