State of the Union - Delaware 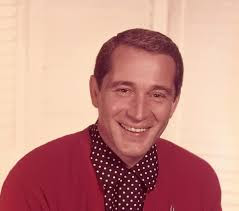 (He’s not from this state).

Brian at Linear Tracking Lives posted a song about this state a few weeks ago. I might have to nab it off him if I can’t source anything myself. I was going to say something about Delaware being as desperate, musically, as fellow New England state Maine, but Delaware is not a New England state.  And things get off to terribly bad start with Delaware by Perry Como, from the album The Very Best of Perry Como. He blethers about someone wearing a brand new jersey. Hell’s teeth, is there nothing else??????? (what did Dela wear, get it?) The entire lyric is teeth-grindingly awful, appalling puns, there’s appalling music, and it contrives to be worse than the sum of its parts. Not much else, a song by an outfit called The Duhks, about Dover, Delaware, as bland an acoustic-americana  song as you are ever likely to hear.

I’ve yet to hear a good song by Canadian George Thorogood and The Destroyers. Apart from this; an absolute belter:

On his first album his covers murder the originals, but that is self-penned. And it seems that  George Thorogood is not Canadian, he was born in Wilmington, Delaware. And Perry Como was not Canadian,as I thought, but from Pennsylvania.

Bridgeville, Delaware is home to the apple scrapple festival.


Now, I know what apples are, and I know that scrapple is the pride of Pennsylvania, because Robbie Fulks tells us, but I do not know what “apple scrapple” is. Well, it does not exist, the apple scrapple festival is a festival dedicated to apples and scrapple. Scrapple is some for of disgusting-sounding dish of pork offal bulked out with flour. It is the best known food of Delaware, Maryland, New Jersey, Pennsylvania, and Virginia. Basically, the bits of pig left over that no one knows what do with. You can get a scrapple sandwich at the Delaware  Fair. I do not know if Perry Como ever ate a scrapple sandwich, and he died almost 18 years ago so I can’t email him and ask him. And Doris Stokes can’t use her psychic powers to do so because she died 14 years before Mr Como. 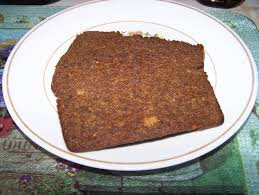 
And now, of course, it’s off to Bandcamp. There’s a place called Slaughter Beach in Delaware, and I was hoping that this might yield a half-decent song. Well, the first low, low,low-fi track was a no.no.no-fi track for me. But on my second attempt I unearthed this great little track, by a group called Atlas, who are from Delaware.
Atlas - Slaughter Beach

Slaughter Beach is either named after a bloke called slaughter, or something to do with loads of crabs dying there, or that some bloke (not Mr Slaughter) killed loads of  indigenous inhabitants there.

So no need to plough through the towns and cities of Delaware any more.
Delaware throws up very very few famous people. One of them, though, is Potsie’s uncle, (remember Potsie from Happy Days), well, he was the nephew of Henry Heimlich. 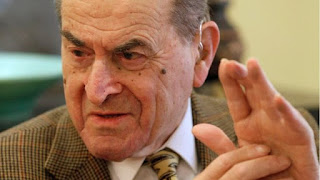 (Delaware’s most famous person ever)

And Wilmington is the home of the DuPont company, that gave us nylon and teflon.

In Lewes, Delaware it is illegal to wear pants that are “firm fitting” around the waist. I think that means trousers (or breeks, to any scottish people out there) and not underwear (or as cuecas to any portuguese speakers out there). Well, I hope it does.

About the most interesting thing about Delaware, apart from its sole interesting famous person Dr. Heimlich, is that it part of its state border is an arc, yes an arc, drawn with the aid of a compass (on a map).  Which caused all sorts of problems with Pennsylvania. They were resolved about 97 years ago.

CC writes:
I was tempted to feature Perry Como if only to annoy George
Instead I've opted for the great James McMurtry