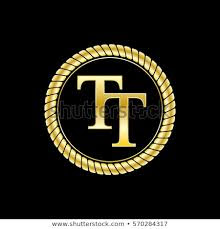 After a relatively easy SS we have another fairly easy week with TT and plenty of suggestions in the comments box last week.
I'm staring this week with a suggestion by George namely Typically Tropical. Not necessarily because the song is any good but because our mutual friend Pete is currently on holiday in Barbados, staying in a convent!

Plenty of suggestions for a third and a debate as to whether The being used as the definitive article counts and in particular in the case of The The. Therefore I have taken the decision not to include them in this instance - sorry C

There were so many to choose from and in the end I went for one of Rol's suggestions in recognition of his persistence and his desperation of even using the channel of his own blog to big up his suggestions.
I was intrigued by The Trailer Trash Tracys until I heard the music.
I've had to rule out your"ESSENTIAL" suggestion of Dreaming of Injured Popstars as I'm not sure that Chris T-T meets the criteria.However Tommy Tutone counts

And finally sorry Ernie I lasted approximately 15 seconds of Tiny Tim with Tiptoe Through The Tulips.
I'm sure that you can  redeem yourself next week.

I thought QQ might stump folk but it looks like UU will be even harder. However, I'm confident that we collectively will rise to the challenge and reach the end of the alphabet

Texas Tornados - Who Were You Thinkin' Of