State of the Union - Pennsylvania 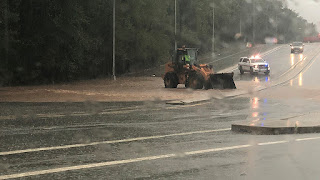 Pittsburgh, Pennsylvania, is by no means one of the rainiest cities in the USA. It’s average yearly rainfall is 38.2 inches (970mm to us Europeans), which although significantly higher than the USA as a whole (a mere 30.2 inches/767mm)  is actually below the average for the


state (42.9 inches/1089mm).  So does Pittsburgh experience  it’s rain as “little but often” or “occasional massive downpours”? I think it’s closer to the former, Pittsburgh has 151 rainy days per year, making it, by that measure, the fifth rainiest city in the entire USA; the city only has 59 clear sunny days a year, 103 partly cloudy, and 203 cloudy, putting it on  a par with Seattle. And Seattle has slightly less rain, on average, than Pittsburgh. But compared with San Antonio Texas, 151 days a year of rain is A LOT (San Antonio only has 77 days a year) which might help to explain why Jim Carsten wrote today’s first song (he’s from San Antonio), and you must by now have guessed what it is, you would have to on an intellectual par with Chris Grayling not to. 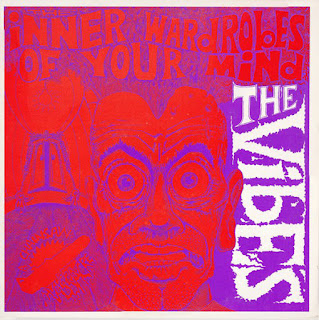 In 1985 The Vibes did a cover version of the song I’m In Pittsburgh (And It’s Rainin’), which is absolutely tremendous. Loud, fast, shouty, frantic, desperate, moaning, screechy guitar, screaming, it’s the best song you will listen to today. It’s on the 12 inch single Inner Wardrobes of Your Mind, which also has the even better song I Hear Noises.

I have given you the best song you will hear today, and possibly for the next seven days, so it’s a bit difficult to follow it up. But follow it I must, and will.

And it would be completely perverse to exclude a song with Philadelphia in the title, and here’s one that fits that category. No, not Hall & Oates “Fall in Philadelphia”, which if it was actually about Mark E Smith and co. in that city would absolutely be included. Not James Taylor’s “Sailing to Philadelphia” (get a grip, how the hell would you expect that???), not the song from the film Philadelphia, the one by Neil Young, which is just too dreary for words, and not even that splendid pop song by Elton John. Nope, it’s a version of a well-covered song, by Bonnie Owens. That would be Mrs Buck Owens.

That’s a Woodie Guthrie song for you. Performed by Mrs Merle Haggard. 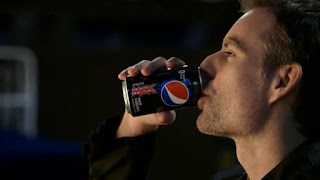 That’s Pennsylvania, the home of the town of Hazleton, where 19 miners were shot dead in 1857, and where it is illegal for teachers to drink a fizzy drink whilst teaching. Quite right. And where Betsy Ross did not make the first version of the national flag of the USA.

CC writes
George, it was either this or Springsteen