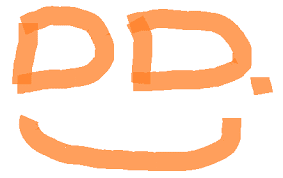 
And sadly no Dobby Dobson or Diblo Dibala this week sorry to disappoint you Dirk and George.


None of you managed to guess my first choice which is Dublin folk singer Damien Dempsey a man with an Irish accent thicker than Kerrygold butter. Here is his take on the Pogues song A Rainy Night in Soho.


George managed to assuage his disappointment somewhat by correctly guessing the Dallas band The  Deathray Davies. To be fair there was a certain degree of local knowledge as he knows that I like them having seen them in Austin. Today's song is from the splendidly named 2001 album Return of the Drunk Ventriloquist.


Ernie got in on the act marginally before Rol by correctly guessing Desmond Dekker as the third artis. I've gone for the second most obvious song


Rol however sprung back with his tongue firmly in his cheek by  suggesting Duran Duran. I'm going to feature them as Mrs CC was a bit of a Duranie and if I am ever going to post them it may as well be here.


We are about to hit the first tricky one with EE. For a while you nearly getting Edward Elgar until I manged to come up with someone else.
I may struggle for three unless I adopt a bit of jiggery pokery or you good folk come up with some interesting suggestions.

Duran Duran - Save a Prayer
Posted by Charity Chic at 08:00